The Pleasure of Taking Pains in Your Work 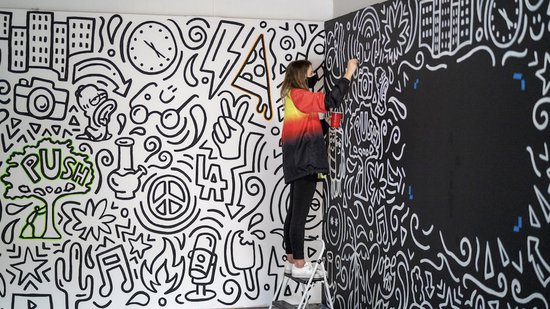 When I was teaching high school English, one of my favorite texts was John Ciardi's How Does a Poem Mean? His love for poetry shines on every page, especially when he mentions "the pleasure of taking pains."

We have so many things working against being painstaking—Instagram, texting, elearning, constant upgrades and replacements (phones, cars, TVs, relationships), faster, bigger, newer, easier. Hurry, hurry. On to the next experience. Don't stop to smell the roses. In fact, don't stop for anything, just keep moving.

Perhaps we leaders and managers need to question the blanket acceptance of speed. A little over two centuries ago, business started worshipping at the altar of efficiency. We broke work down into tinier and tinier processes and discovered we could make more stuff faster and more uniform. While it seemed like a good idea at the time, taking pains began to separate from our lives.

There's a big difference between moving stuff on an assembly line and making a piece of furniture solo, between being part of an algorithm (like filling out forms), and designing, then creating something—anything— whether it be a computer program or a casserole.

And the bastard child of the assembly line is consumerism. Like Mickey Mouse and the brooms in The Sorcerer's Apprentice, we were making too much stuff. So we started selling the idea that stuff needs replacing. Constantly, whether worn out or simply dated out. Consumerism and mass marketing grew naturally out of efficiency like dough rising in a warm room. (I know, mixed metaphors, but I'm not a machine!)

I've done both kinds of labor. I can still feel the semi-somnolent state I fell into on the assembly-line swing shift. When we had our 15-minute break, I came to. Barely. I went home in a daze. Though the work was physically demanding, what exhausted me was having my mind on neutral for eight hours. I was becoming an organic, repetitive robot.

We've even replicated the assembly line model in our schools, forgetting that people are not stuff. We pressure students to fit their learning into periods, regardless of their attention, interest, or ability. They shift their focus from learning to time: How many minutes 'til I get out of class?

Crafting a one-of-a-kind piece of furniture, on the other hand, is painstaking. That kind of connection to a task is joyful and brings design, learning, exploration, assembly, creativity and flow. Creating an idea, visualizing it, then making it real with care and love is fulfilling, even spiritual.

I can get swept up into the multi-tasking—hurried, quick, scattered, adrenalin/cortisol fueled—workstyle easily enough. And I've learned how to break the cycle. I make time every day to slow down and take pains. Yesterday I thoroughly cleaned and restrung a guitar. Slowly, not a clock in sight. Cooking—from scratch—is a great painstaking activity for me. Even something as simple as proofreading an email before hitting send helps.

Taking pains gives me a way to engage fully. Each moment of attention adds to generative power—designing, creating, assembling—so that the result arises organically, with my full and fully connected attention. And I don't pay a price by getting less done. Instead, I get better done.

For a taste of the painstaking work of an award-winning chef, try listening to 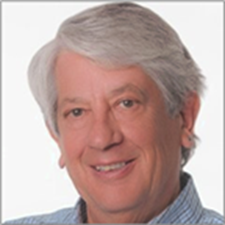 Mac Bogert is President of AZA Learning and a regular columnist for the Learning Counsel. He began his career as an English teacher. For the past 25 years, Mac has focused on the intersection of leadership and learning. In between, he is a musician, professional actor, yacht charter captain, staff development consultant, curriculum designer and author of Learning Chaos.