Recognize and Remove Obstacles to Fly High in 2023 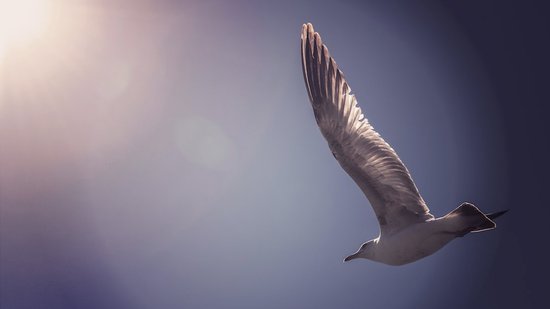 What’s the greatest burden on you or your business? What might you do to control it — to remove it? How successful might you be once unburdened?

Often, we reflect on our personal achievements as a year closes, and perhaps even make some goals for the next. But many times, professional reflection doesn’t go beyond the basics — financial performance, the next market to conquer, organizational shake-ups, and so on.

I’d propose that those reflections are routine and worth doing, but that this is also a time to grapple with more fundamental, and even existential questions. It’s time to ask ourselves: what are the questions I can’t currently answer about my company or my professional path? What are the elements preventing me from having the perspective to find answers?

Some specific questions that may help you uncover answers:

● Are you surrounded by leaders and colleagues who expand and facilitate your potential, or stifle it?

● Are you going in the direction of your long-term goals, going nowhere, or even moving away from them?

● Especially in challenging times, is your “why” clear and consistent?

● If you’ve been building up your strength with a weight on your back, do you have any idea how high you’d fly without it?

Earlier this year, I began writing allegorical short stories I think of as “leadership parables,” which can be a helpful catalyst for honest reflection. Here’s one that’s perfect for this time of year:

The Bird Who Knew

“My wings are tired,” said the middle-aged bird, wearily but matter-of-factly.

“Your wings are strong,” said his friend. “It’s the weight that makes you tired. And you know my opinion – it’s time to lose the weight.”

Easy for him to say. ‘The weight’ was a longstanding tradition in their avian tribe and the psychological toll was more powerful even than the ritual. The bird didn’t see much point in opting out of the custom anyway.

“Stone,” he said (his friend’s name was Stone), “It’s just not my destiny. I’m a fine flier. I’ve flown. I’ll fly more. In different circumstances I know I could be great. But it’s not so bad that the weight keeps me grounded.”

Nobody knew how the tradition had begun. Not in fact and not even in legend. There were no stories, no myths, no records. The tradition just was.

“Rubbish!,” shouted Stone. He loved that word. “You’re one of the best fliers I’ve ever seen. The weight slows you down, sure. But you always make it further than anyone. Imagine if you could go at top speed and catch a worm for yourself once in a while, too.”

With that last comment, Stone winked. The first several worms a bird caught each day were gathered for children, the elderly, their spouses. Only the early birds got to enjoy some of their own.

“And I know what you’ll say,” he continued. “No, I’ve never shed my weight either. But I don’t have what you have. The system is right for me.”

In the tradition of ‘the weight,’ each bird was fitted with a weight around their neck once they reached the age of adolescence. There was nothing specifically stopping one from removing the weight at the time of their choosing – in adulthood or even before. Most birds at least removed it once they became elderly and could no longer achieve liftoff without losing it. The vast majority didn’t remove it sooner than that.

“Once I do that,” said the middle-aged bird, “there’s no going back.”

Every young bird in the tribe had to be fitted for their weight. But for some, their parents removed it for them almost immediately. That’s just how it went. Social pressure was the number one factor keeping most birds in their weights, and support or lack thereof (or at least the perception of such) from the community was the other.

Removing it was a statement. I am going to go fast and go far. I am taking control of my own life. Come with me if you’d like, but if not I am still going. These weren’t easy statements to make. So, bit by bit, some birds would remove their weight as they matured into adulthood and decided they needed some freedom and something new. Yet they remained the exception.

“I want to see how high you can fly,” said Stone.

The middle-aged bird paused a long while. (You can imagine how long it felt to Stone, given that he had the attention span of a bird and all.) He knew Stone was right and had known it for years. He’d never had someone else say it to him so directly, though. That felt different.

He began to speak. Then stopped. He breathed deeply. It looked like he wanted to say something painful. The look in his eyes was clear and Stone could see where his thoughts were headed.

Stone said, “This is the perfect time for you. No sooner and no later. You’ve gathered the wisdom, the courage, the skill you need to succeed out there. And you will.”

The middle-aged bird nodded. He’d spent his whole life with that weight. Why delay any further? He removed it, winked at Stone, and flew off.

Stone tried to follow, but it was near sunset and his friend had flown straight toward the horizon. He soon lost sight, but he knew his friend was finding his way.

Ross Romano is CEO of September Strategies, a consulting firm helping K-12 companies and nonprofits make the right moves to go from vision to decision. Ross is an experienced organizational leader and strategic advisor frequently sought after for thought leadership strategy and content development, team and talent evaluation, business development and marketing strategy, and audience-specific messaging platforms. He frequently writes about human-centered, empathic leadership and storytelling principles for company leaders and founders. Connect on Twitter or LinkedIn.