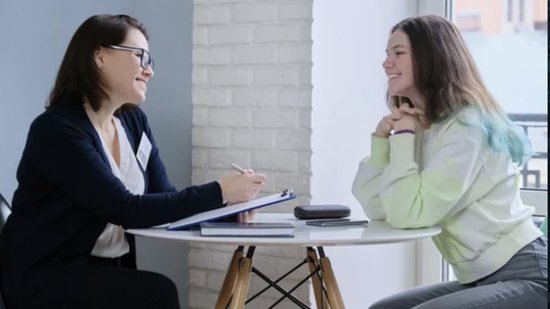 Bill would give $25,000 to aspiring school counselors, social workers – By Carolyn Jones, EdSource

Bailey Adling would stay up some days until 3 a.m. studying for his master’s degree in school counseling, and then wake up at 7 a.m. to work a full day as a substitute teacher. He was so exhausted he often considered dropping out of the program.

While Priscilla Park was enrolled full-time in her graduate school counseling program, she taught school during the day and gave up her social life, while still paying off her six-figure undergraduate loans.

Even the state’s top educator, Superintendent Tony Thurmond, struggled to make ends meet while earning his master’s in social work 20 years ago. If he hadn’t had a paying internship, he said, he never would have managed.

Now Thurmond is pushing for a bill that would provide up to $25,000 in grants for students pursuing careers in school counseling, social work and other fields related to youth mental health. Senate bill 1229 aims to bring 10,000 new mental health professionals to California young people, who’ve struggled with soaring rates of depression, anxiety and stress.

“This is one of the most important bills that’ll come out of the Legislature this year,” Thurmond said. “Just about every student in California has suffered from mental health challenges. If the pandemic wasn’t enough, there’s the fallout from school shootings, wildfires, economic uncertainty. … We are at a critical moment, and we need to do everything we can to help.”

But the proposal being championed by GOP Majority Leader Ben Toma does not satisfy Republican Rep. Michelle Udall, who has refused to support an expansion of school vouchers without major new accountability rules such as testing.

With only a one-vote majority in each chamber, Republicans needs unanimous support from their caucus if no Democrats sign on.

No Democrats currently support an expansion of the current voucher program, formally called Empowerment Scholarship Accounts. They point to the 2018 election where two-thirds of Arizona voters rejected universal school vouchers.

Beth Lewis, executive director of Save Our Schools Arizona, said a huge issue is a poison pill — a conditional enactment that says schools won’t get the new funding unless the voucher bill passes and goes into effect.

Tennessee’s second set of test scores from the pandemic era improved across all subjects and grades, largely returning to pre-COVID levels.

But historically underserved student populations — including children with disabilities, those from low-income families, and students of color — continue to lag behind their peers.

State-level results released Tuesday showed an overall increase in proficiency since 2021, when the first pandemic scores followed national trends and declined across all subjects and grades for public school students in grades 3-11.

The latest scores start Tennessee on a new trajectory for improvement based on standardized tests under the Tennessee Comprehensive Assessment Program, also known as TCAP.

Rhode Island will improve the way students are taught to participate in the political process in order to resolve a federal lawsuit over whether public school students have a constitutional right to a civics education, the state’s education department announced Friday.

The department said both sides in the suit have come to an agreement on how to strengthen Rhode Island’s civics education. The plaintiffs’ lead counsel, Michael Rebell, had been planning to ask the U.S. Supreme Court to review the case— Friday was the deadline to do so.

Rebell said they’re hopeful that civics education will be greatly strengthened in Rhode Island and it will serve as a model for other states.

“Especially in these difficult political times that we’re living in, civics education is more important than ever,” he said. “And if this gets more attention on what schools can do, how they have a critical role in maintaining our democracy, then all our efforts would have been worth it.”

Public schools that help our most vulnerable students are today in danger of closing because of funding challenges caused by the pandemic. Some of the most successful charter public school programs combine a traditional classroom setting while also meeting students where they are, designated as “nonclassroom-based” (NCB) schools. These free, public, and open to all programs serve students, particularly young adults, who are trying to balance their family, life, and work demands or want a second chance to achieve a high school diploma after leaving the traditional public school system.

I wrote about the importance of funding equity for all schools and students earlier this year as charter public schools faced funding cuts as a result of attendance impacts caused by the pandemic. The Governor and Legislature have since presented budget proposals that remedy the impact on all traditional schools, but NCB schools are excluded.

Unlike traditional “site-based” schools that receive funding based on a student’s hours in a seat, NCB schools track progress to meeting goals and outcome as a measure of how school goals are personalized and completed. Instruction can occur independently, in cohorts, through internships and dual enrollment in colleges, or in learning centers across the state that look just like a traditional classroom. These schools would more accurately be called personalized, hybrid schools.