Reading in your free time: 6 enjoyable books for teachers 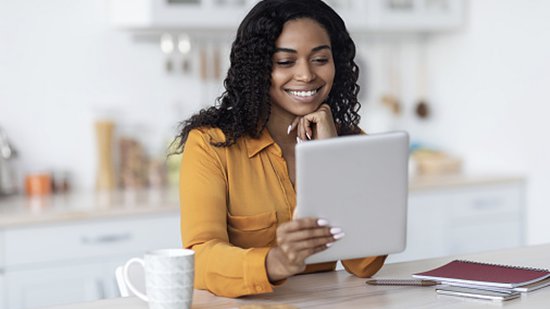 After a long day at work, unwind with a book. Alternatively, make the most of your free time on weekends and holidays. Here are some novels that we think you would like and those we've read and appreciated that will suit a variety of moods.

Malibu: 1983 August. The anticipation is at an all-time high for Nina Riva's annual end-of-summer party, which is today. Everyone wants to be around the well-known Riva family, which includes Nina, a gifted surfer and supermodel, as well as Jay, Hud, and Kit, their younger sister. Given that they are the children of the renowned singer, the siblings together are a source of intrigue in Malibu and throughout the globe.

By midnight, the party will get out of control. The Riva home will be in flames by daybreak. The drink will flow, the music will play, and the loves and secrets that have formed this family's generations will be disclosed, all before that first spark in the early hours before morning.

2. The One Woman by Laura May

As a graphic designer, Julie manipulates what the eye cannot see, yet her life and her relationship with her partner Mark continue to be unremarkable no matter what lens she chooses. Prior to meeting Ann. Success, beauty, and charisma all describe Ann. Julie is unable to ignore the chemistry that developed during their chance encounter. The spark will not go out when their past and present converge once more in Barcelona. Julie is forced to choose between her loyalty to Mark and her love for Ann when tragedy strikes. When timing is everything, can real love endure? Find out in this new novel by Laura May.

3. One of the Girls by Lucy Clarke

It was planned to be the ideal getaway weekend. To celebrate Lexi's approaching wedding, six extremely different women embark on a bachelorette vacation to a Greek island that is bathed in sunlight. The holiday seems too wonderful to be true, what with the magnificent seaside vistas, the charming tavernas, and the whitewashed streets. But because each of the women is keeping a secret, there are perilous undercurrents beneath the sunset swims and the late-night drinks. Someone is committed to preventing Lexi's marriage and ensuring that none of them survives the island.

This current thriller explores the benefits of female friendship as well as the terrible repercussions when a relationship goes awry. It is gripping, complex, and full of sun-soaked suspense.

4. The Spear Cuts Through Water by Simon Jimenez

The Moon Throne's centuries-long reign over the populace causes suffering. The Three Terrors, the dictatorial emperor's horrific sons, and the rest of the royal family have a strangling grasp on the countryside. With the terrifying powers they gained from the god imprisoned under their palace, they plunder the land and subjugate the populace.

But you can't keep that deity in there forever.

The queen escapes from her royal captivity and flees from her own children, the triplet Terrors, who would bring her back to her hellish cage, with the help of Jun, a guard damaged by his guilt-stricken past, and Keema, an outcast battling for his future. As a result, she sets off on a five-day journey with her youthful friends in pursuit of freedom and a means of permanently overthrowing the Moon Throne. None of them could have predicted how perilous the journey would be.

Mackenzie "Mac" Cabot strives to win over others. H er stern parents. P als from prep school. H er longtime boyfriend. Really, always abiding by the rules is taxing. She only wants to concentrate on expanding her online business, but her parents insist that she first complete her college education. That entails relocating to the coastal hamlet of Avalon Bay, which is home to both locals and the affluent Garnet College students.

Cooper quickly understands Mac isn't just another wealthy copycat and falls in love with her despite his contempt for the trust-fund kids he sees coming and departing from his town. Hard. The only place Mac has ever felt at home is now under danger due to Cooper's secret.

6. The Paris Apartment by Lucy Foley

Jess needs to start over. In less than ideal circumstances, she recently quit her job and is now penniless and alone. When she asked her half-brother Ben if she could stay with him for a while, he didn't seem very happy, but he didn't say no, and undoubtedly everything will look better from Paris. Could Ben really have afforded this when she finally arrived, only to discover a really fine apartment? He isn't there.

Jess becomes more curious about her brother's situation and her brother's disappearance as time goes on. A diverse group of unfriendly people make up Ben's neighbors. Although Jess may have traveled to Paris to escape her past, it now seems as though Ben's future is in jeopardy.

Lucy Sanders is an editor and former teacher.