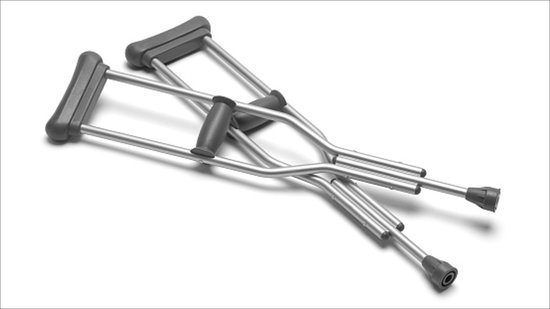 A 17-year-old high-school student recently walked into a high-stakes test without the accommodations that he had received for years. This was not an arbitrary administrative decision; it was his choice.

“All my life,” he said, “they have been giving me everything modified, adapted or adjusted. In 10th grade, I realized that none of those crutches would be available in the real world. I wouldn’t have extra time to complete an assignment. I wouldn’t have someone to translate instructions into simpler words. I knew that I needed to develop the skills to do these things. So, I threw away the crutches. But it was hard because all my life, they have been telling me that I needed those crutches.”

For this 17-year-old, there had never been any serious consideration of what skills he could develop or how he could learn to manage without crutches. The IEP said he needed them, so he got them. And the same is true for millions of other students.

We do not mean to imply that accommodations and supports aren’t needed. They are. If a student has limited working memory and can’t remember a set of instructions, and if it is important for him to know them, then letting him write them down or giving them to him one at a time makes sense. Otherwise, he can’t accomplish the task(s) set for him. But what about helping that student build his working memory capacity? What about helping him understand that he can develop that skill and be able to be far more effective at school, at home and in his eventual career? What about having a plan to wean him off the crutches?

Imposing accommodations or supports on a permanent basis is like saying that we would take a child with one leg weaker than another and tell him he doesn’t really ever need to walk. We wouldn’t do that because we know that the weaker leg can be strengthened and, with the right kind of physical therapy and training, the student could walk. We would provide graduated levels of support while the therapy is in process so that the child gets progressively closer and closer to normal walking.

There is a cognitive equivalent to physical therapy. The cognitive skills for which many, many students receive accommodations and supports are amenable to training. However, when we continue to give them supports intended to work around those weaknesses, they never even get a chance to stretch and exercise them. So, when they reach college or the workforce, they struggle, and potentially fail.

The mother of another teenage boy met recently with her son’s counselor at school. She was concerned because he was potentially going to fail a course and she was spending hours a week helping him keep track of his assignments and homework and planning. The counselor said, “You should just let him fail once.”

The question here is whether this young man had the ability to keep track of his assignments and homework and planning for himself and whether he would “learn his lesson” and start taking more responsibility for his own work. It turns out that that young man has executive function issues. Essentially, his mother had been supporting him and serving as his executive functions. What do you think will happen when that support is suddenly removed? We compare it to throwing a child into the deep end of a swimming pool without swimming lessons. It might be ok, but it might be disastrous.

Suddenly deciding to throw away one’s crutches is risky. It took a lot of courage for the student who did that. It has been a challenge, and one that he could have been far better prepared for if IEP accommodations also came with a plan to reduce or eliminate them altogether over time.

BETSY HILL is the mother of three boys and an award-winning educator. She studied the neuroscience of learning with Dr. Patricia Wolfe and other pioneers in the field, coining the term neuroeducator. Betsy is former chair of the board of trustees at Chicago State University and teaches strategic thinking at Lake Forest Graduate School of Management, where she received a Contribution to Learning Excellence Award. She also received a Nepris Trailblazer Award for sharing her knowledge, skills and passion for the neuroscience of learning in classrooms across the U.S. Betsy holds a Master of Arts in Teaching and an MBA from Northwestern University.

ROGER STARK is CEO of BrainWare Learning Company. Roger’s BrainWare journey started with a simple question: What do you know about the brain? His vision was to combine multidisciplinary clinical cognitive training with video-game technology. It had never been done before. Over the past fifteen years, Roger has championed efforts to bring comprehensive cognitive skills training and cognitive assessment within reach of everyone, and led the team that developed BrainWare SAFARI, now the most researched, comprehensive, integrated cognitive training tool delivered online in the world. In addition, Roger was the first person ever invited to deliver a joint Congressional Briefing on Neuroscience in the Classroom.